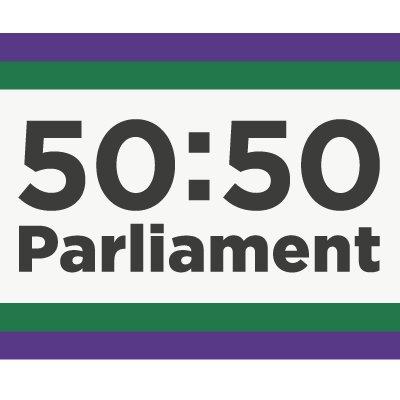 50/50 Parliament’s aim of a gender-balanced parliament which draws on the widest possible pools of talent and full range of society’s diversity and experience makes absolute sense. Doesn’t it? Let’s face it. It took woman in the UK until 1928 to be given the same voting rights as men. 'Common men' had gained their right to vote around 50 years before this. Eventually the women got equal voting rights, but they still only occupy 34% of representative places. This puts the UK in 39th position in the proportion of women in the lower (or only) house of parliament. Rwanda has over 61%. Cuba and Bolivia also have a majority of women in parliament.

50/50 Parliament actively encourages and mentors more women into political life and challenges those barriers that still exist around parliamentary hours, the necessity to be in the house to vote on bills and issues around childcare.

Through its #AskHerToStand campaign first launched in November 2016, 50/50 Parliament has inspire more and more women to stand for election and in the 2019 UK general election fifty of the women standing were part of 50:50 and nine went on to win seats in the Commons.

Address
Parliament Square, Westminster, London SW1P, UK
Phone
7878763821
Email
contact@5050parliament.co.uk
When in the Course of human events, it becomes necessary for one people to dissolve the political bands which have connected them with another, and to assume among the powers of the earth, the separate and equal station to which the Laws of Nature and of Nature's God entitle them, a decent respect to the opinions of mankind requires that they should declare the causes which impel them to the separation.