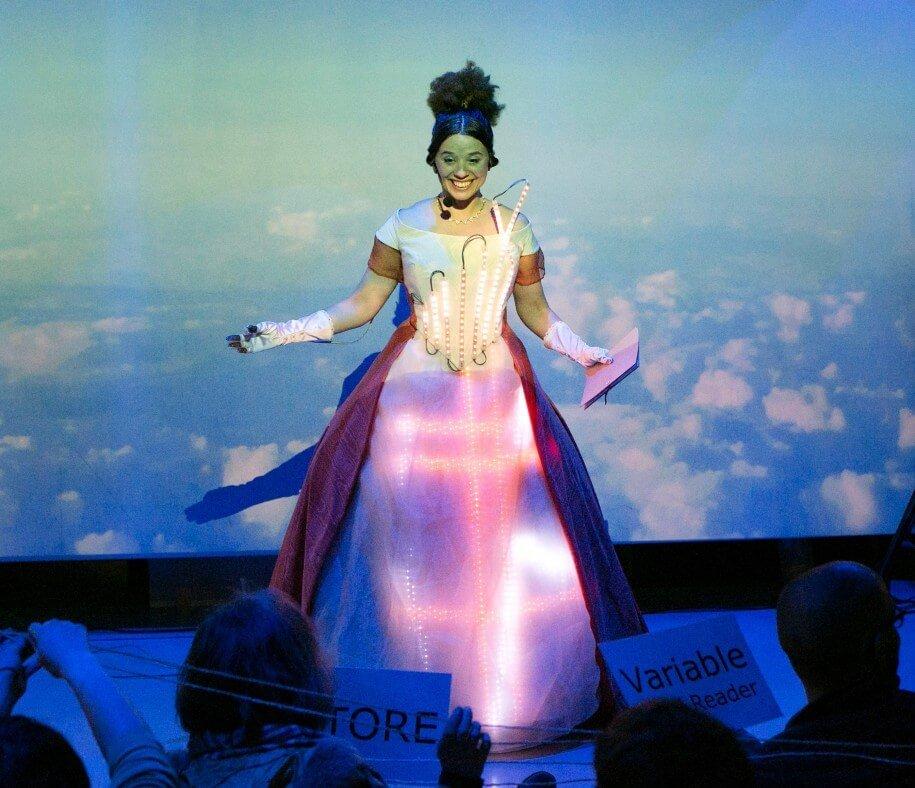 Zoe Philpott’s Ada.Ada.Ada. is an interactive, one woman, theatre production that celebrates the work of mathematician Ada Lovelace, who wrote the world's first complex algorithm in 1843.

The aim of the worldwide touring production is to inspire the next generation of technical innovators and help people, especially girls and women, to engage with technology and STEM
(science, technology, engineering, and mathematics) as a career.

“Ada Lovelace needs to be a household name, to be drawn upon in the same breath as her scientific contemporaries such as Darwin. This would be the direct accomplishment of the Ada.Ada.Ada. project in conjunction with the multitude of other initiatives. For instance, there is Ada Lovelace Day, as well as the fact that Ada Lovelace is slated to appear on an English bank note.”

“I also hope that this project, by reaching people in business and in education will inspire people to look for ways to address the gender imbalance. Again, by being part of the wealth of positive action projects that are happening globally.”

“It is the zeitgeist: Ada.Ada.Ada. is part of the global rallying cry for gender equality.” #AdasArmy

Address
246 Devonshire Rd, London SE23 3TQ, UK
Phone
Email
hello@adatheshow.com
When in the Course of human events, it becomes necessary for one people to dissolve the political bands which have connected them with another, and to assume among the powers of the earth, the separate and equal station to which the Laws of Nature and of Nature's God entitle them, a decent respect to the opinions of mankind requires that they should declare the causes which impel them to the separation.