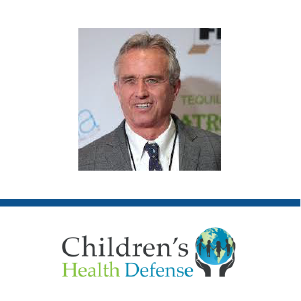 Founded by Robert Kennedy Junior, Children’s Health Defense works tirelessly to combat health injustice and call out public health malpractice. The organisation is devoted to the health of people and planet. Its mission? To end childhood health epidemics by eliminating harmful exposures, holding those responsible accountable and safeguarding the future of the world’s children. Robert Kennedy Junior is son of Robert F Kennedy, the former US attorney general and senator who was gunned down in 1968. This when the young Robert was just 13 and his father on the cusp of following his brother JFK into the White House.

Children’s Health Defense is probably best known for its anti-vaccination and the fluoridisation of drinking water campaigns – citing the risks posed to children’s health. They demand scientific integrity and transparency are relentless on improving the health of this, and future, generations. At its core is the belief that public health programmes across the World are harming our children.

Address
1227 N Peachtree Pkwy #202, Peachtree City, GA 30269, USA
Phone
202-618-2477
Email
info@childrenshealthdefense.org
When in the Course of human events, it becomes necessary for one people to dissolve the political bands which have connected them with another, and to assume among the powers of the earth, the separate and equal station to which the Laws of Nature and of Nature's God entitle them, a decent respect to the opinions of mankind requires that they should declare the causes which impel them to the separation.