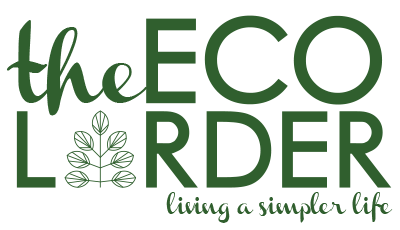 Like many people over the last few years we started to become highly aware and deeply concerned about the damage single use packaging, mostly plastic, was doing to our planet.

As a family we strived to make better everyday choices and the idea of The Eco Larder was born.

During the summer of 2018, with baby Jasmina only a few months old, we crowdfunded for 8 weeks which enabled us to raise enough money to open The Eco Larder on the 20th of November 2018. Since opening, the zero waste movement has been continuously growing & more people are becoming aware of how important it is to reduce our waste.

Since opening, The Eco Larder has grown significantly. We have run monthly beach cleans, craft clubs & countless workshops on how to reduce your waste. We have actively promoted reducing waste at the Edinburgh Fringe Festival and been part of numerous climate campaigns. We are delighted for our efforts to have been featured in lots of magazines, newspapers and news programmes. However, we really had to pinch ourselves when Countryfile came along to film us about reducing plastic waste.

Address
200 Morrison St, Edinburgh EH3 8EB, UK
Phone
Email
hello@theecolarder.com
When in the Course of human events, it becomes necessary for one people to dissolve the political bands which have connected them with another, and to assume among the powers of the earth, the separate and equal station to which the Laws of Nature and of Nature's God entitle them, a decent respect to the opinions of mankind requires that they should declare the causes which impel them to the separation.